My husband is not a big fan of television. In fact, he uses our TV to watch recorded shows from years gone by rather than current programs.  He watches re-runs of Seinfeld, and the Office, but tends to enjoy British shows like Porridge, and The IT Crowd. He generally despises reality shows, 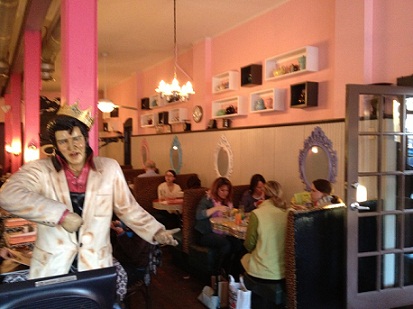 so it must have been an advertisement on BBC America that piqued his interest in Gordon Ramsay’s Kitchen Nightmares. A show where the world renown chef visits local American restaurants that are floundering and tries to find the problems and solve them. Most episodes involve an absolute lack of management or fighting amongst staff or in-laws and Ramsay is typically able to clean the filthy kitchen, revise a dated menu and provide a free dining room makeover to give each show a somewhat happy ending. We are now watching re-runs of this show a few nights each week. 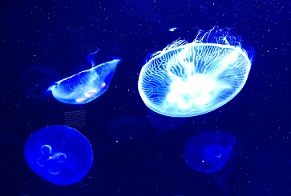 Something very rare happened at my home last weekend. None of us had anything on the calendar last Sunday so we decided to head to Baltimore for the day. I immediately suggested we check out Cafe Hon, a retro American diner that was featured on Kitchen Nightmares. The cleanliness of the restaurant and freshness of the food were never in question. It was a controversy over a trademark of the word “Hon” that was having a negative impact on the restaurant. So I thought it would be fun to see if they kept up with Chef Ramsay’s recommendations.

After a day at the Baltimore Aquarium, we drove to the Hampden Neighborhood in Baltimore and knew we had found

Cafe Hon when we saw the giant Flamingo out front. We were greeted by  friendly staff and cool decor, complete with a soda fountain, Elvis, and retro Formica tables. My girls loved the leopard upholstery and beehive hairdo art and murals. Our server was very sweet and gave us good advice on what to eat. There were a lot of options. My husband and I tried the hot crab dip and spicy buffalo wings as an appetizer. The crab dip was really rich. I was actually full after eating a few bites. The wings were also good, spicy, but tasty. 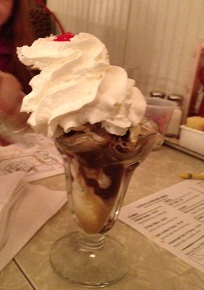 My side salad was one of my favorite dishes because of the homemade fresh dill dressing that was served with it. My server let me take a little bit home with me and I am trying it on everything. I won’t go through each menu item we tried because we all left in serious food comas, but I will say that my daughters left room for something they saw on another table and really wanted – sundaes. They decided to get hot fudge AND caramel sundaes, which were huge and delicious.

In the end, it was fun to visit a restaurant that was featured on Kichen Nightmares after seeing the behind-the-scene-drama presented on the show. The service was slow and friendly, not rushed and cold. And who doesn’t like a campy diner on a cold weekend?  If you’d like to go and check it out for yourself, Cafe Hon is located in the Hampden neighborhood at 1002 W 36th St  Baltimore, MD 21211 (410) 243-1230. Afterwards, give me a call and let me know what you think.

If you are thinking about buying a home in Maryland, give me a call to Get Started.